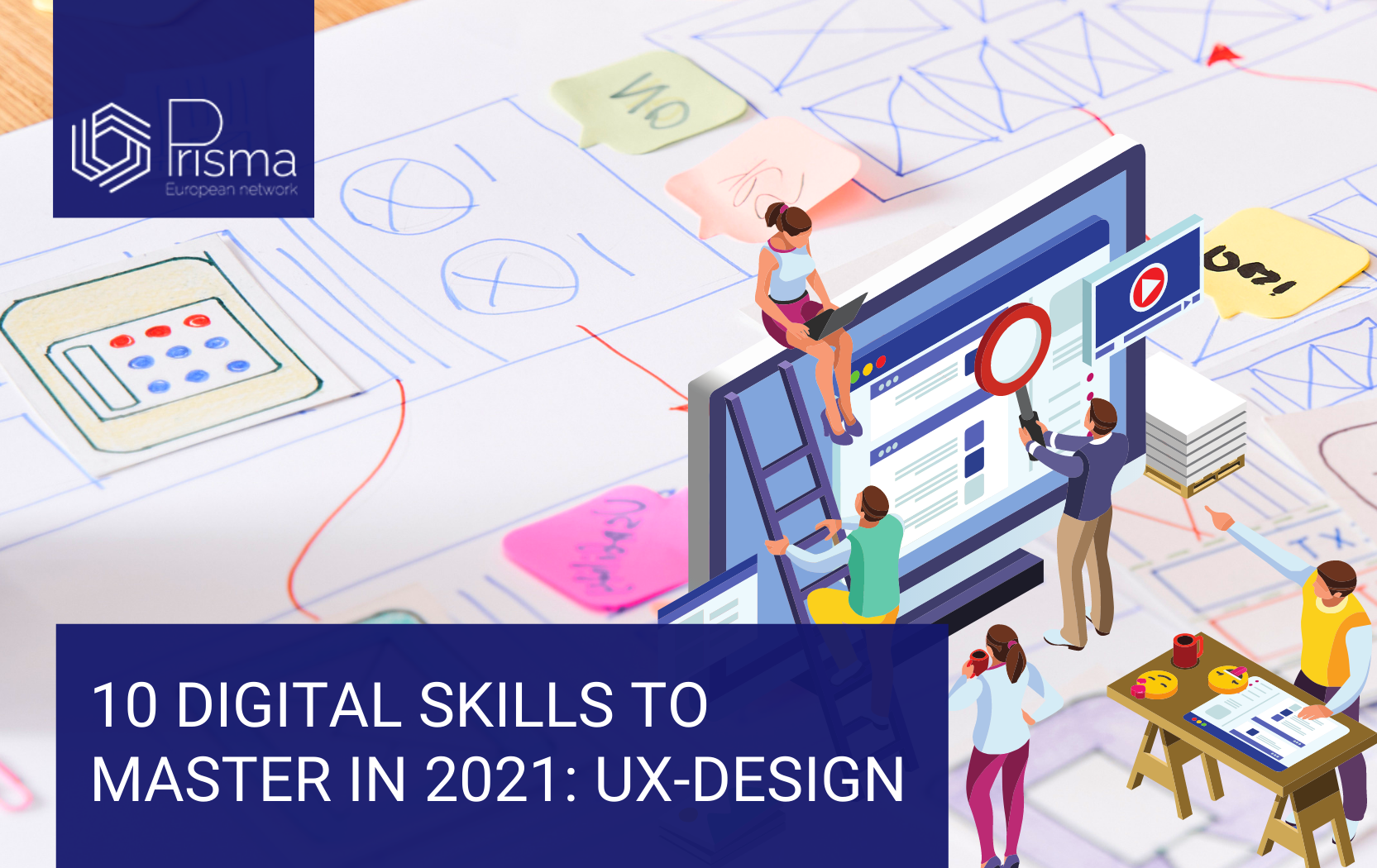 Have you ever wondered about the secret logic behind the layout of your keyboard? Willing to use an object for the first time, has a mysterious knowledge guided you to do so intuitively ?

Behind an object, at the core of its shape and color, hidden in its size or texture stands design. Design is the process of envisioning and planning the creation of objects, services, systems … It is determined by the interaction between the object and its user.

The effort to take into account the experience of the user when designing a product is the simplest definition of User Experience Design (UX-Design), a buzzword most associated with web design, apps, or marketing. However, its philosophy long predates the creation of the first smartphone or of the Internet. In 1955, at the high of Industrial America, the designer Henry Dreyfuss published Designing for People. “When the point of contact between the product and the people becomes a point of friction, then the industrial designer has failed. [...] If people are made safer, more comfortable, more eager to purchase, more efficient, or just plain happier [...] then the design has succeeded.” As he designed telephones or trains, Henry Dreyfuss effectively became a major figure of User Experience Design, before it even gained a name. With sleek curves and luxury compartment, Dreyfuss’ Mercury Train is a successful illustration of the concept and his willingness to “design with honesty".

His philosophy remained nameless until the 1990s, when an American cognitive psychologist, Donald Norman, coined the concept of UX-Design. In 1988, the psychologist published The Design of Everyday Things. In it, he adds on Henry Dreyfuss’ definition of design: “Design is really an act of communication, which means having a deep understanding of the person with whom the designer is communicating".  In  1993, Donald Norman joins Apple Computer as an Architect of User Experience, from there on, UX-Design was disseminated from Silicon Valley to the world and finally became the buzzword that digital professionals have come to know … and misuse, according to its creator.

Six factors need to be considered when one wants to conceive an impactful design: visibility, feedback, constraints, principle mapping, consistency, and affordance (Norman, 1988). These are Donald Norman’s principles of design: “Principles of design: 1. Use both knowledges in the world and knowledge in the head. 2. Simplify the structure of tasks. 3. Make things visible: bridge gulfs between Execution and Evaluation. 4. Get the mappings right. 5. Exploit the power of constraints. 6. Design for error. 7. When all else fails, standardize.”

Unlike ergonomy or usability, UX-Design is not solely programmatic, its goal is to find the equilibrium in the interactions between two agendas: that of the product and of the user.

Building on Donald Normad’s innovation, many proposed their own vision and methodology of UX-Design. Since its publication, Jesse James Garret’s The elements of user experience became a reference for designers. In the following diagram UX-Design’s methodology is translated into five interfaces: 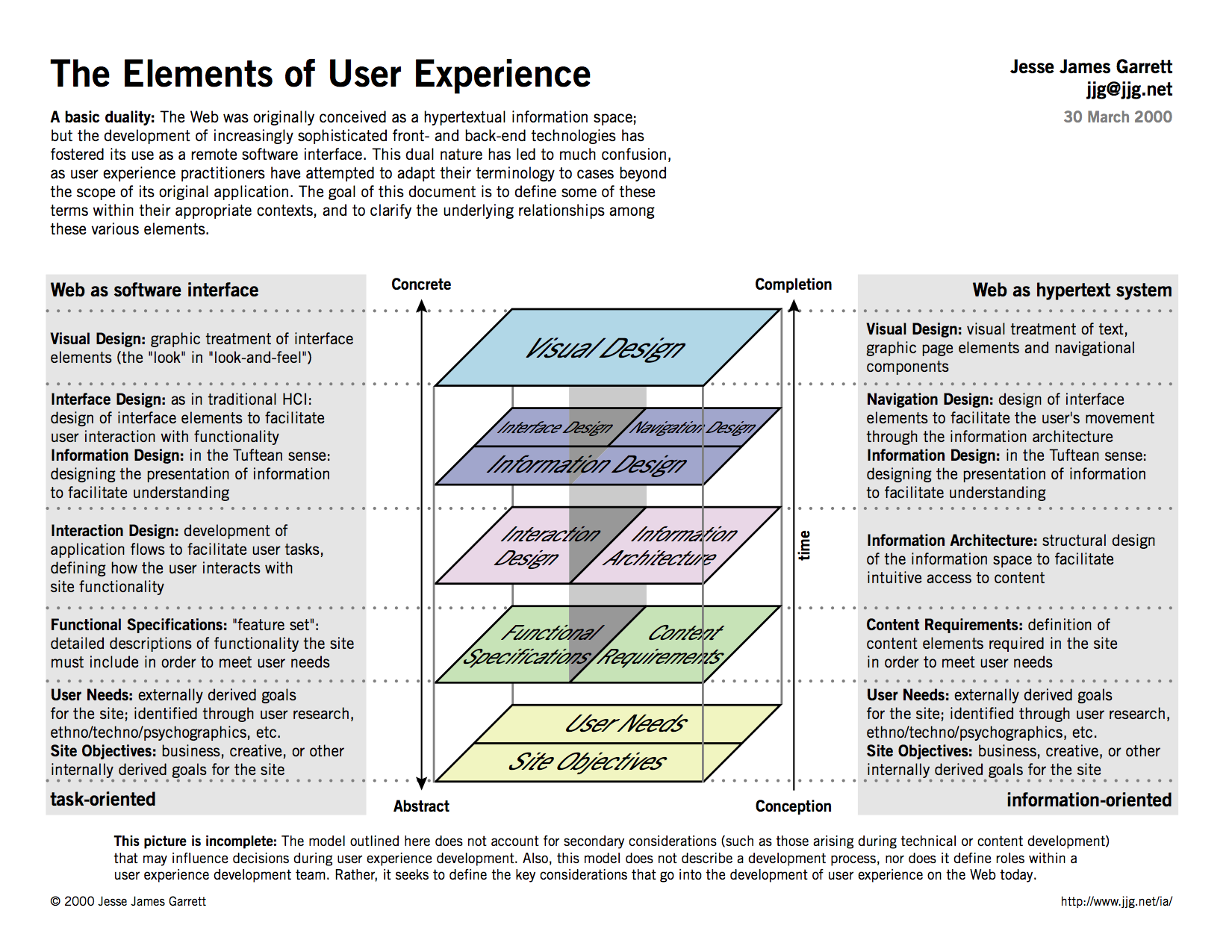 If its philosophy is not incoming, in just a few decades, UX-Design became crucial to the marketing world and digital architects. The tale of Airbnb's miraculous comeback in the 2010s illustrates the significance of thinking design for the benefice - and pleasure- of the user. Next time you have to overhaul your organization’s website or to create a product, do not forget Elon Musk’s witty remark, which perfectly encompasses UX-Design’s tenet:  “Any product that needs a manual is broken”.